When REALTIME was founded in 1996, its choice of name was a nod to the optimism of a far distant future where high-quality animation and VFX could be achieved in real-time. A premise that, at the time, was regarded as being the holy grail of the VFX industry. Unimpeded by extensive rendering times, the most demanding visuals would be realised at a silky-smooth framerate right in front of the artist’s eyes. Thanks to ever evolving technology and the Games Industry’s pursuit for visual excellence, this dream continued to take iterative steps towards its goal. Sometimes, with the release of each new generation of hardware, it would often be entire leaps forward. Even so, the quality never quite reached the same level as that of the biggest Hollywood movie blockbusters. High framerates always came at the expense of the final level of visual fidelity and therefore not a production pipeline that could be used to achieve the very highest levels of quality – something that REALTIME subsequently founded its reputation on.

Recently Unreal has thrust themselves in to the limelight, demonstrating that the newest iteration of their engine might make our optimistic hopes, a reality, very soon.

Initially created by Epic games to power its 1998 first-person shooter game ‘Unreal’, the Unreal engine quickly became adopted by many other games developers who wanted to take advantage of the engine’s superior graphical capability. Fast forward to 2020 and the engine’s capability has grown exponentially, allowing its users to create experiences and productions for TV and Film that extend far beyond Video Games alone. Whilst UE4 has found its place in Film and TV, it’s fair to say that by-and-large, its use in largescale productions has somewhat been limited to a pre-vis tool. It has become an invaluable tool for Directors and storytellers to see how successfully their story works at a very early stage of production and hopefully avoid the need for expensive re-shoots. However, that was pretty much where the story ended for UE4; despite its graphical capabilities pushing the boundaries of what could be achieved in games, its final output paled in comparison to that of Film and TV. Whereas UE4 could offer the flexibility of a real-time rendering solution, its final visual output could not compete with the demands that Film and TV required.

Ahead of the launch of the Playstation 5 console, all of that looks set to change. As is the norm, the main competitors are keen to showcase the power of their machines in an attempt to seduce gamers to their platform and ecosystem. The launch of the Playstation 5 and XBOX Series X in Q4 2020 is already seeing this battle take place online, with exclusive events designed to win over the hearts, minds and wallets of the next generation of gamers. This year, Sony has landed something of a coup by using their console as the first to showcase UE5 – the latest iteration of Unreal, the video games engine that has powered generations of some of the industry’s biggest games. It’s a clever move that has shown the PS5 as a powerhouse console – one that looks set to finally deliver the same level of visuals as the most ambitious Hollywood blockbuster movies, and all at a dizzying high frame rate. Marrying photo-real quality with the flexibility of real-time rendering, the latest iteration of the Unreal engine is a real game changer, (excuse the pun).

Whilst this is obviously a major boost to Playstation 5, it is worth noting that the new version of Unreal obviously won’t be exclusive to that console, with new projects already confirmed for XBOX.

UE5 boasts both an impressive lighting system that can handle even the most demanding assets with apparent ease. Whereas games engines are typically reliant on geometry assets being fairly well optimised to allow then to be rendered successfully at a high frame rate, UE5 is using its own developed ‘nanite’ technology allowing for the successful ingestion of high poly assets into the engine without the need to optimise them first. In addition to assets used directly from Z-Brush, the demo shows cinematic quality Megascan assets, that would typically be used in a pre-rendered solution, being drawn in real-time. Each multimillion-polygon asset is seen rendering in real-time using 8K textures. Epic boasts that the engine can handle an ‘insane’ amount of triangles per frame citing that each frame of the demo is crunching down a billion triangles to 20 million drawn triangles, evidently with no need for LODing or compromise to the final visual quality. Fitting that many triangles into screen means that each one looks like the size of a pixel; evidence as to how much detail the engine can show. So much detail demands pixel perfect shadows; something that the demo evidently shows that UE5 is capable of delivering too. The engine’s lighting solution, Lumen, offers dynamic multi-bounce global illumination without the need for baking of lightmaps. In short, it all adds up to the holy grail of VFX – real-time movie quality levels of visual fidelity without the need for extensive rendering time. Well, at least for environments anyway.

The recent Disney production of its hit TV series ‘The Mandalorian’ used Unreal technology, combined with state-of-the-art LED screens to provide an alternative to traditional Green screen techniques. Whereas green screen can lead to green lighting ‘spill’ to be cast onto its subject, the combination of Unreal and a LED screen setup to create a ‘Virtual Studio’ has multiple benefits. Firstly, it enables it’s subjects to be filmed in more realistic lighting setting; the projections of the virtual set are reflected more accurately onto its subject matter, embedding the real-world subject matter into a virtual environment (rendered using Unreal) with pixel-perfect accuracy. Secondly, it gives the production team an unparalleled level of freedom in being able to compose their shots; effortlessly changing the viewpoint and lighting conditions of their world, generated in real-time using Unreal, with the click of a mouse. All of this in real-time without the need to wait to see the final output. 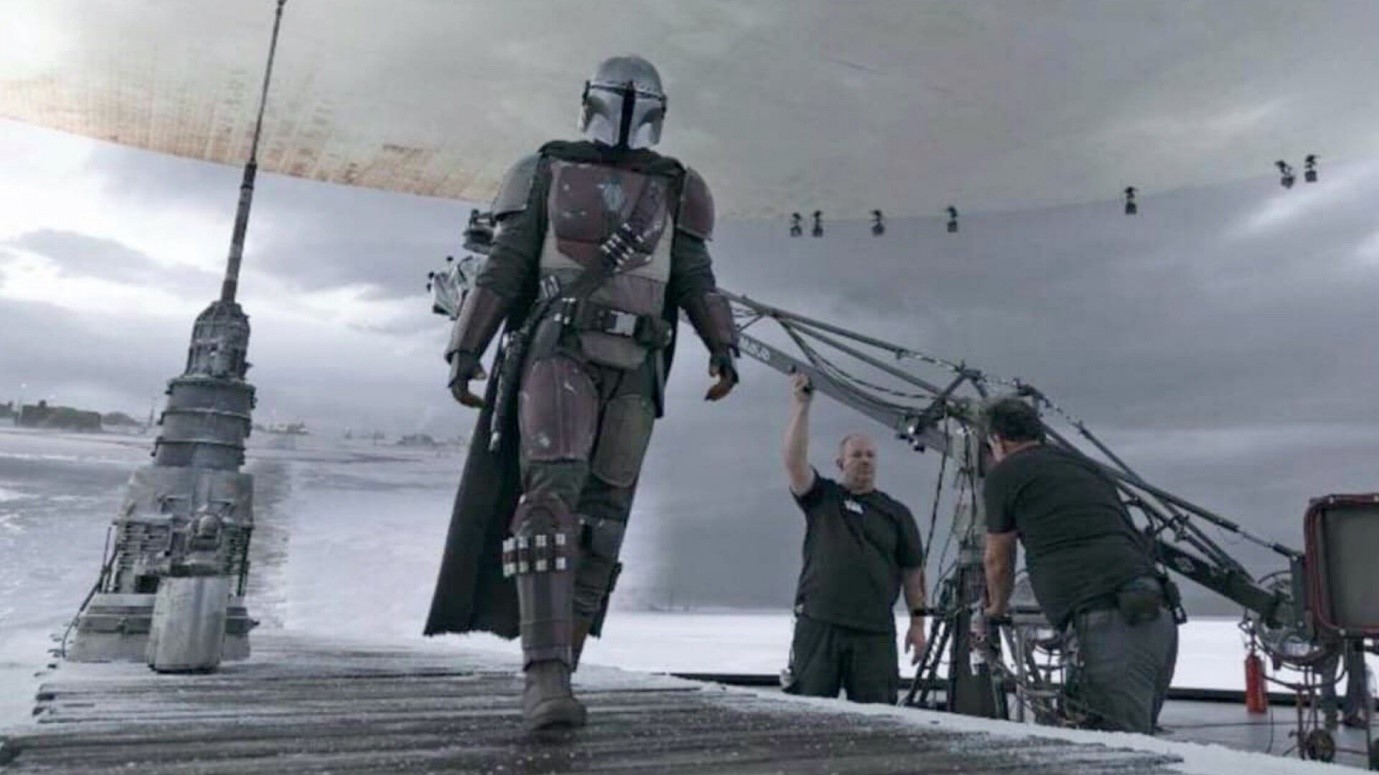 It is a huge irony that the games industry, which has always been viewed as the poor relation to film and TV, is now playing a pivotal role in the reinvention of its production pipeline. Film makers and storytellers are using the many benefits of Unreal to speed up the process and quality of their productions. In the future, I’m confident that UE5 will continue to make further in-roads to Film and TV, challenging incumbent production pipelines that have been in place for decades. In doing so, it will further blur the lines between games and movies; making games more accessible and appealing to audiences that might otherwise be dismissive. It’s a reciprocal relationship that offers a win-win for both Movies and Games. For REALTIME, the adoption of Unreal technology to create Film and TV quality VFX is not only an inevitability, but an imminent reality that our clients can benefit. As well as enabling our team to create projects that might otherwise be too unwieldly to produce using a more ‘traditional’ pre-rendered pipeline, Unreal’s toolsets are finally allowing REALTIME to grow into its name.

UE5 is literally a game changer (excuse the pun, again) and REALTIME can’t wait to share the future with you.