For the car enthusiasts among us, it was encouraging to see the Goodwood Festival of Speed take place after a covid-enforced hiatus last year. The event opened its doors last Thursday as part of the UK Government’s Event Research Programme and as such could run at full capacity as far as visitors were concerned, although it definitely impacted the number of motor manufacturers in attendance.

In any case, I was very happy to be there – if only as it felt like progress on the return to normality. So, ladies and gentlemen, please fasten your seatbelts for my little round up of the highlights: 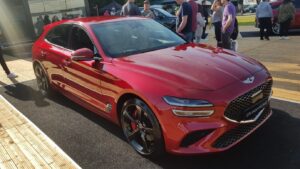 Much like Nissan’s Infiniti and Honda’s Acura, Hyundai used the Festival of Speed to launch its Genesis brand, including the G70 Shooting Brake pictured, which is unique to these shores. It is not the easiest task in the world to break the European prestige market without any heritage as such, but Genesis seems to be including all the right ingredients in its recipe. 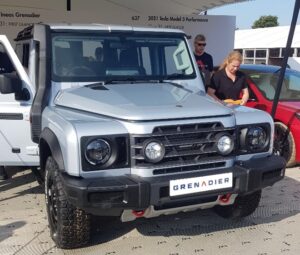 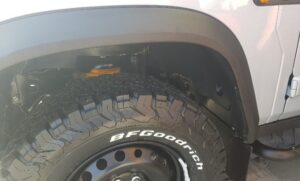 Goodwood was the first opportunity to get up close and personal with Ineos’ Grenadier, fondly thought of by many as the ‘real’ replacement for the workhorse Series III Land Rover Defender. Certainly, the extremely rugged construction and serious-looking ironmongery, visible within the wheelhouses and exposed door hinges, leave us in no doubt whatsoever as to its intentions.

A quick rock down to Electric Avenue and it was lovely to see the beautiful yet sustainable Battista on show and accessible to the public via the very friendly Pininfarina staff team. Just like its sister car, the recently christened Rimac Nevera, deliveries begin later on this year for those with €2m burning a hole in their ecologically sound, recycled cotton-lined pockets. 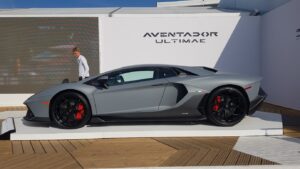 Lamborghini took the opportunity to share the swansong Aventador, the Ultimae, with the appreciative Goodwood audience. Sporting a final-iteration 780PS V12, I’m sure this will fly off the shelves as we tick off yet another brand making the transition to hybrid, if not full-electric power. 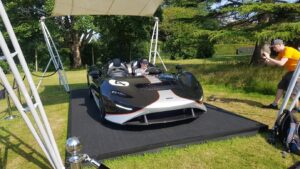 Woking’s finest continues its tradition of warm hospitality for all visitors, open chequebook or not, and welcomes you to a sit (and dream) in the stunning Elva.

The real star of the McLaren stand, however, was the new Artura, making its public debut in the UK and really looking the part. The public car was displayed in its now famous Flux Green finish but if you ask me, the car looks best off its tall show plinth and closer to the ground, to be approached as you would on the street. It’s a real testament to its design, so here’s a snap of it at the back of ‘McLaren House’ looking mean and moody in its satin paintwork: 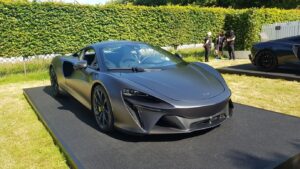 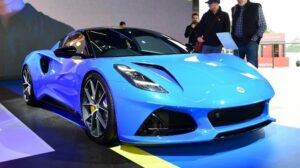 Finally, to the storied British brand Lotus, and it’s unanimous star of the show; the new Emira. While the electric Evija still looks totally fresh as it takes its place amongst the new ‘holy trinity’ with the Pininfarina Battista and the Rimac Nevera, the sweet-as-a-nut Emira, billed as the final internal combustion-engine or ICE Lotus, saw queues around the block to have a closer look. Very well judged with even better pricing (starting at under £60k), my head and my heart are both telling me that the new £100m Lotus production facility is going to have a job on its hands to keep up with demand…

What a welcome return to an automotive event: breathe a sign of relief, everyone! EV and hybrid reveals are soon to comfortably outnumber their ICE counterparts, but it seems that the public’s enthusiasm will never be eclipsed!